How to Display the Flag

Displaying the American Flag in a respectful manner is an important factor in honoring its symbolism. There are several situations to keep in mind when hanging your Flag.

When on display, the Flag is accorded the place of honor, always positioned to its own right. Place it to the right of the speaker or staging area or sanctuary. Other flags should be to the left.

The Flag of the United States of America should be at the center and at the highest point of the group when a number of Flags of states, localities or societies are grouped for display. 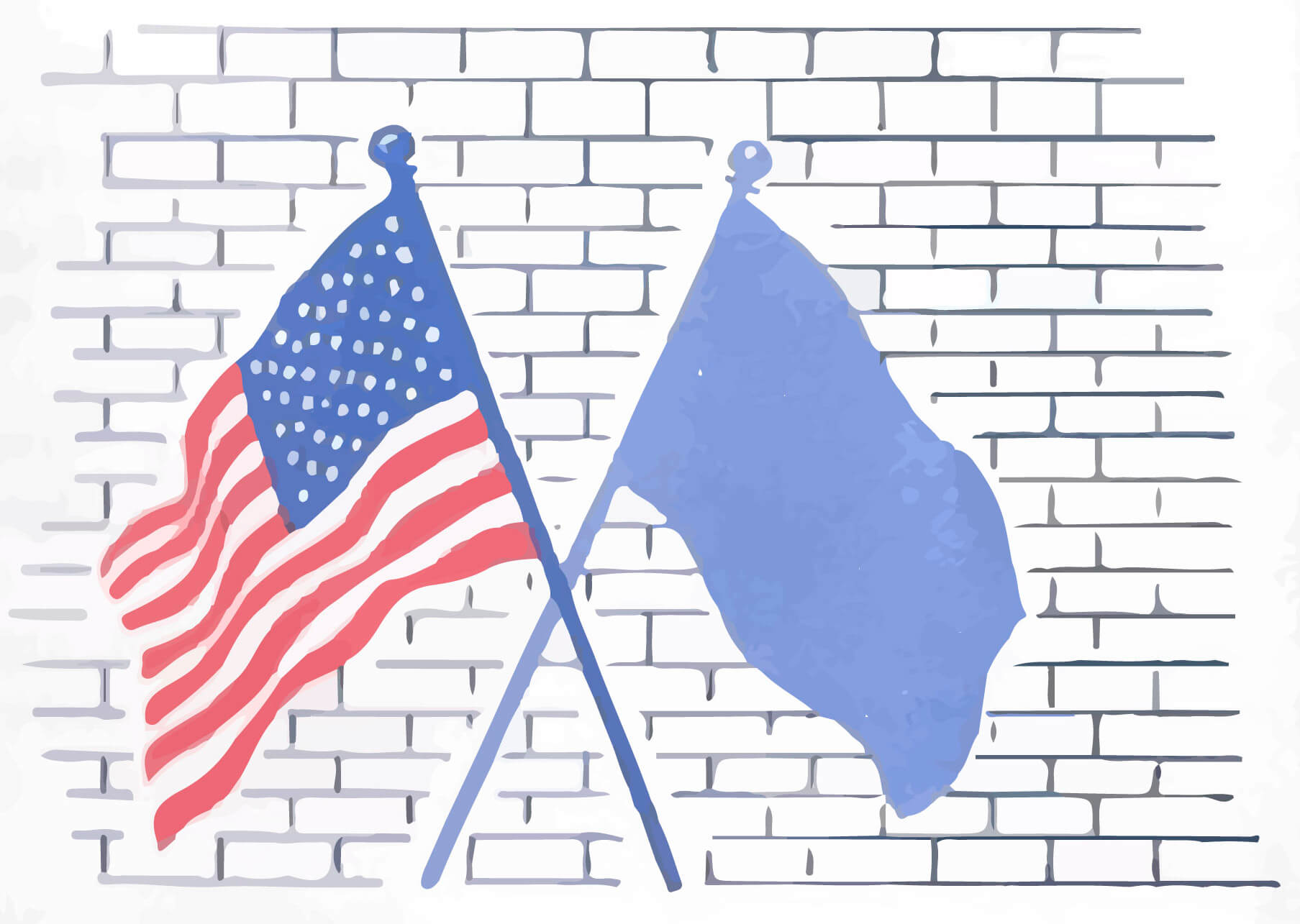 When hanging the Flag against a wall, vertically or horizontally, the Flag’s union (stars) should be at the top, to the Flag’s own right and the observer’s left. 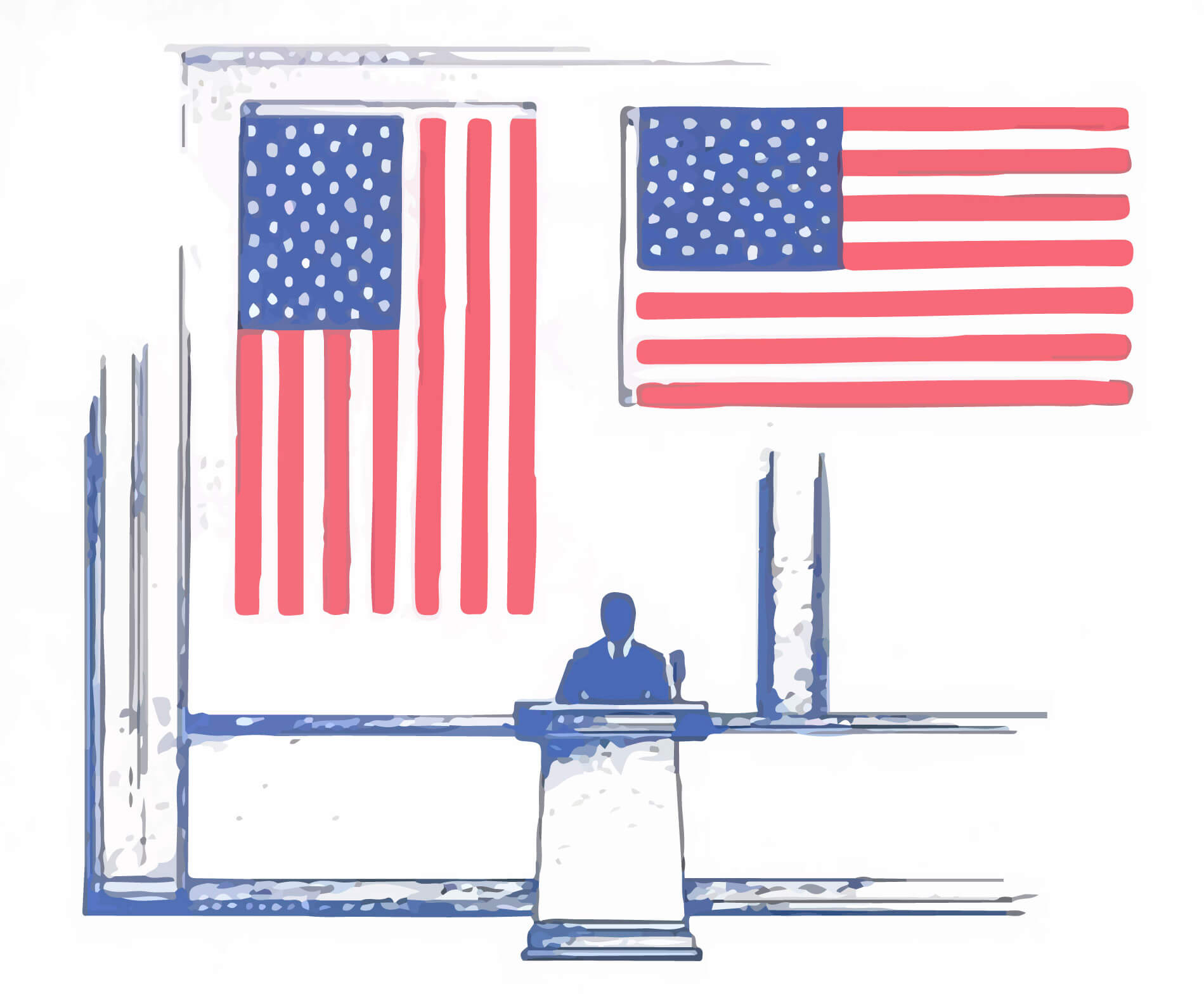 When the Flag is hung from a staff projecting from a window, balcony or a building, the union should be at the peak of the staff unless the Flag is at half-staff. 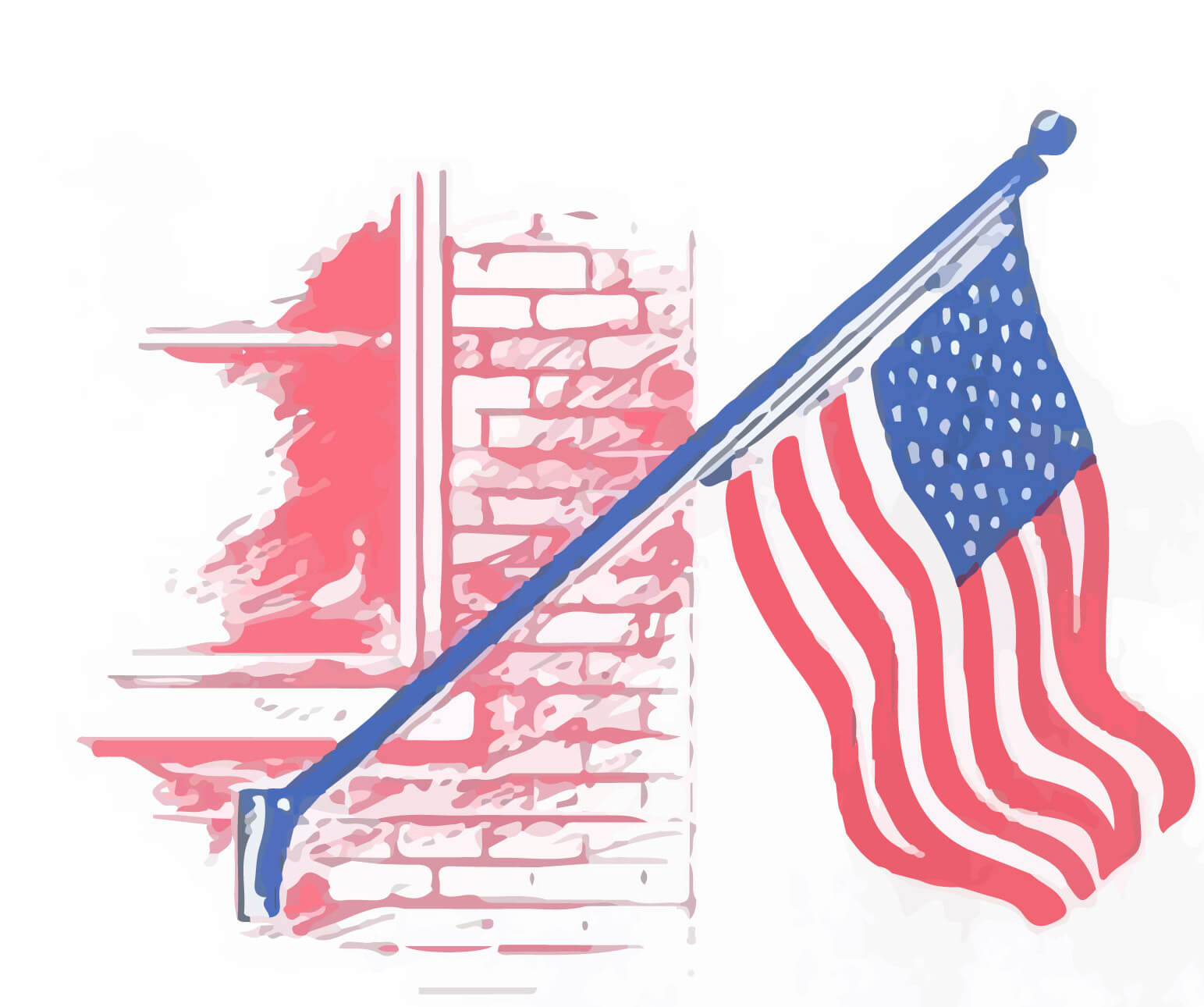 When it is displayed from the same flagpole with another Flag—of a state, community, society or Scout unit—the Flag of the United States must always be at the top. The church pennant may be flown above the Flag during church services for Navy personnel when conducted by a Naval chaplain on a ship at sea.

When the American Flag is hung over a street, it should be hung vertically, with the union to the north or east. If the Flag is suspended over a sidewalk, the Flag’s union should be farthest from the building. 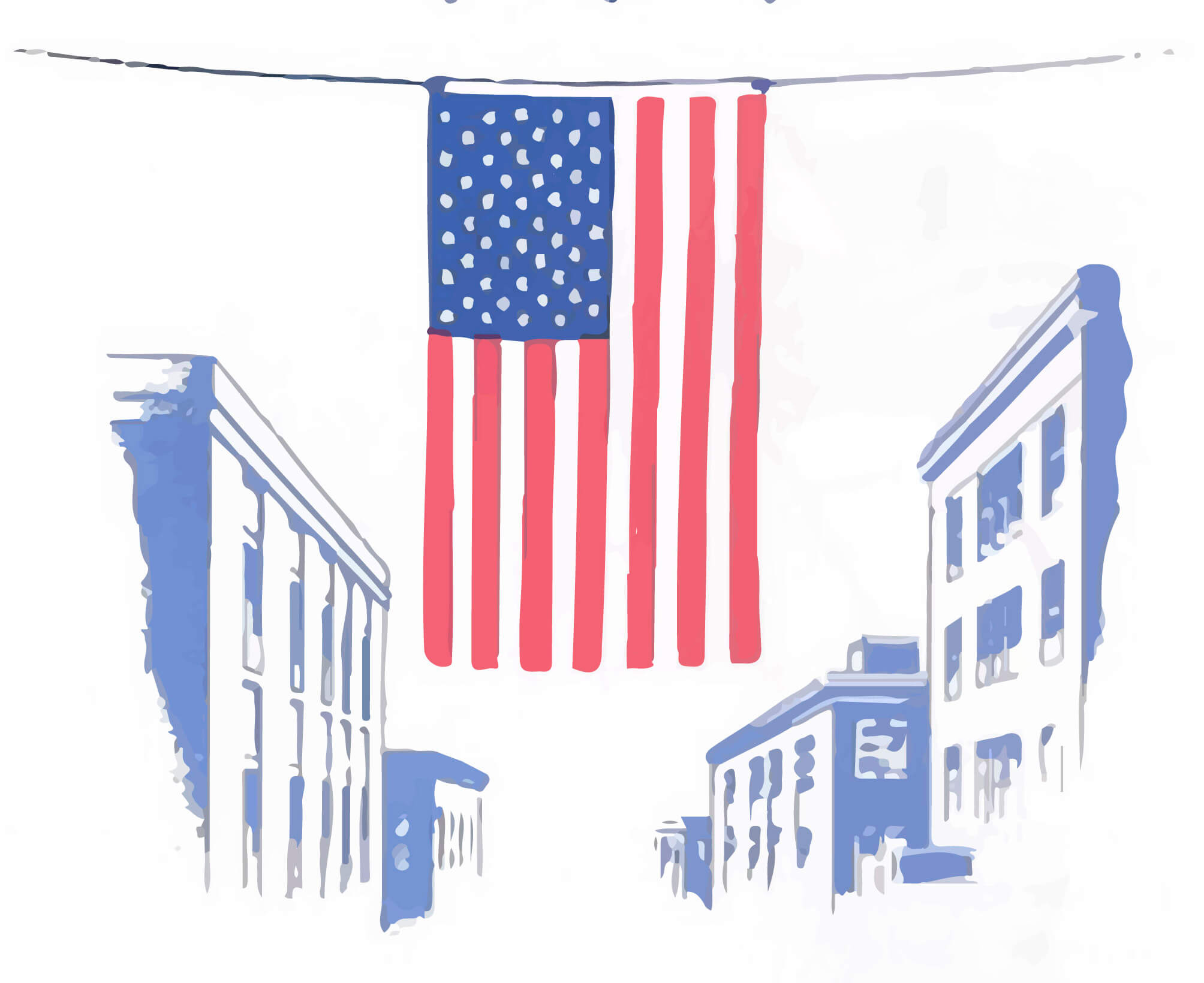 When flown with Flags of states, communities or societies on separate flagpoles which are of the same height and in a straight line, the Flag of the United States is always placed in the position of honor—to its own right (observer’s left). 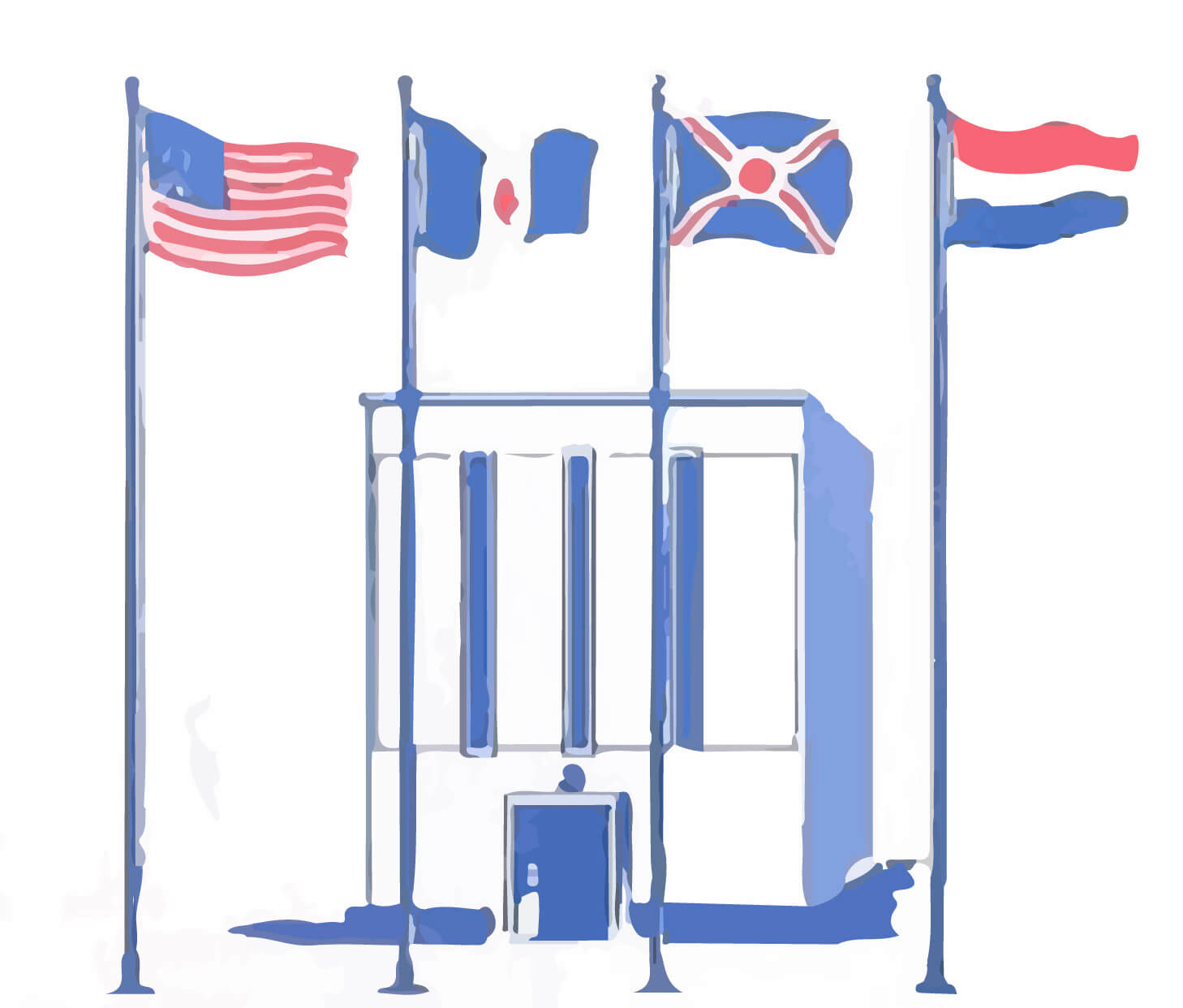 Note: the other Flags may be smaller, but none may be larger. No other Flag should ever be placed above it. The Flag of the United States of America is always the first flag raised and the last to be lowered.

When flown with the national banner of other countries, each Flag must be displayed from a separate pole of the same height. Each Flag should be the same size. They should be raised and lowered simultaneously. The Flag of one nation may not be displayed above that of another nation.

Raising and Lowering of the Flag:

The Flag should be raised briskly and lowered slowly and ceremoniously. Ordinarily it should be displayed only between sunrise and sunset. It should be illuminated if displayed at night. 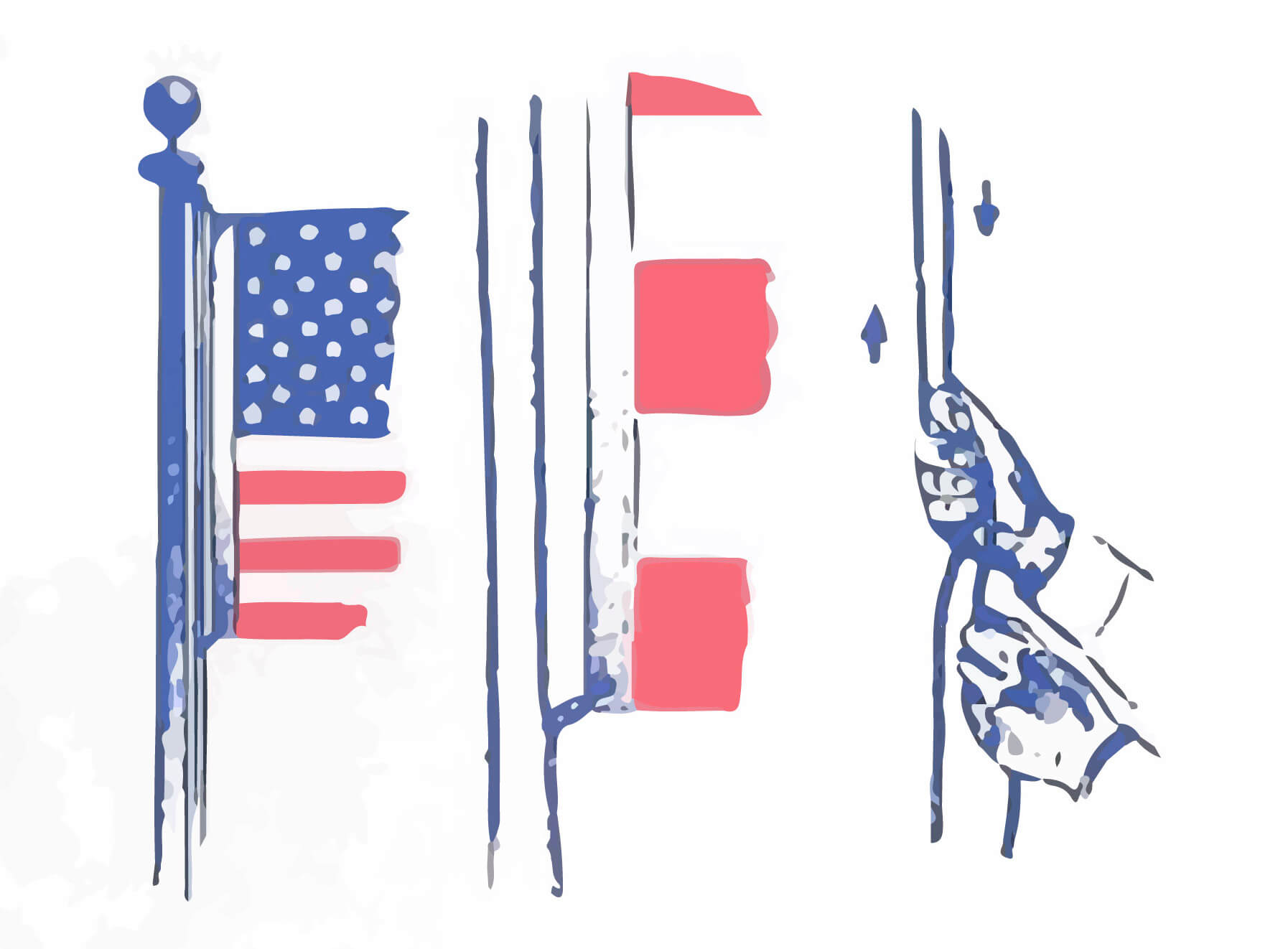 The Flag of the United States of America is saluted as it is hoisted or lowered. The salute is held until the Flag is unsnapped from the halyard or through the last note of music, whichever is the longest.