The True Story of a Flag Named Old Glory 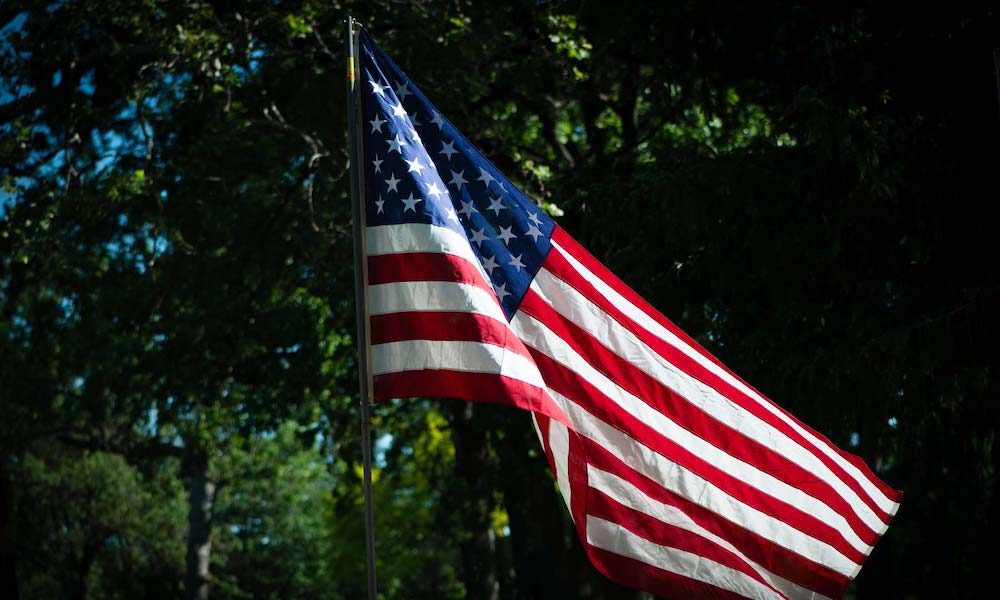 You may think ‘Old Glory’ is just a fun nickname for the United States flag, but the term once referred to one very speciall 19th century American Flag with quite the story.

The original Old Glory survived turbulent seafaring expeditions, toughed out a search-and-destroy mission by the Confederate army, and even withstood a bitter family feud. Old Glory is the story of one man’s devotion to a national treasure and an inspiring example for all Americans who revere their flag.

In 1824, William Driver — a merchant seaman from Salem, Mass. — assumed command of his own ship, the Charles Doggett, and prepared for the first of many voyages that would take him to faraway places such as China, India and the South Pacific.

To commemorate this special occasion, Driver’s mother and several female admirers sewed a 24-star American flag and presented it as a gift to the young captain. During his 20-year career, Driver earned acclaim for steering the ship out of danger during severe storms, staring down a hostile New Zealand tribal chief and picking up 65 descendants of survivors of the HMS Bounty.

Always flying high above Driver’s ship was his favorite flag, which he soon named Old Glory. As Driver once wrote, “It has ever been my staunch companion and protection. Savages and heathens, lowly and oppressed, hailed and welcomed it at the far end of the wide world. Then, why should it not be called Old Glory?”

Driver cut his seafaring career short when his first wife took ill and died from throat cancer. In 1837, Driver and his three young children moved to Nashville, Tenn., where the retired captain remarried and had several more children.

It was no surprise that Driver brought along Old Glory to his new Southern home. Driver attached the flag to a rope from his attic window, stretched it across the street on a pulley and secured it to a locust tree. The nation was rapidly expanding during this time and, in 1860, Driver sewed 10 more stars onto his flag, along with a small white anchor in the lower right-hand corner to symbolize his nautical career.

Driver, who remained a loyal Unionist during the Civil War, stood up to a group of Confederate soldiers who came to his front door and ordered him to turn over Old Glory. Driver famously told the Confederates, “If you want my flag, you’ll have to take it over my dead body.”

To safeguard the flag, Driver and several sympathetic women neighbors sewed a secret compartment in a bedquilt to hide Old Glory. It was only when Brigadier General William “Bull” Nelson and the Union forces captured Nashville that Driver brought his flag out of hiding. To celebrate the occasion, the Union troops flew Old Glory from the capitol flagstaff.

As Driver approached the end of his life, he entrusted safekeeping of Old Glory to one of his Nashville-born daughters, Mary Jane Roland. Driver died in 1886 and was buried in Nashville City Cemetery.

Roland later gave Old Glory as a gift to President Warren G. Harding, who later bequeathed the flag to the Smithsonian Institution. Around this same time, Harriet Ruth Waters Cooke, one of Driver’s nieces from Massachusetts, claimed that she was the owner of the original Old Glory. Cooke’s flag later ended up in the Peabody Essex Museum.

Experts analyzed both flags in 2012 and concluded that Roland’s flag was probably Old Glory because it was larger and more weatherworn. However, they agreed that Cooke’s flag was also a Civil War-era artifact and was most likely used as a secondary flag by Driver.

Old Glory has become so famous that its name is synonymous with the Stars and Stripes and the Star-Spangled Banner. Captain Driver would be tickled red, white and blue to know his flag continues to win over the hearts and minds of new generations of Americans.