The Meaning Behind the 13 Folds of the United States Flag 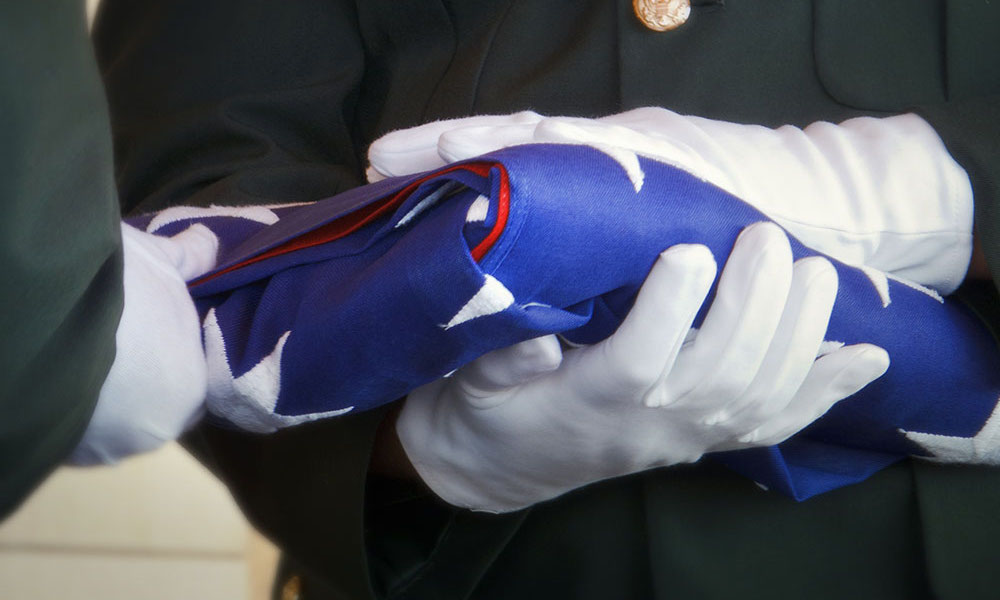 If you’ve ever attended a military funeral, perhaps you noticed that the honor guards pay meticulous attention to folding the U.S. flag that once draped the casket. Guards make crisp, precise folds a total of 13 times to complete the ceremony. Much like every other aspect of our nation’s greatest symbol, each of the 13 folds holds a special significance.

Flag etiquette dictates that every time an American flag is to be stored or presented during a ceremony, its handlers should fold it in half twice lengthwise; then starting with the end opposite the blue field, make a taut triangular fold. Handlers continue to fold the flag in triangles until the flag has formed a triangular “pillow” with the blue field showing on the outside. It’s a dignified way to treat the flag, and gives a powerful touch to patriotic ceremonies.

This 13-fold procedure was common long before the more modern assigned meanings. The source and date of origin of the meanings is unknown, but for those who participate or witness a formal flag folding ceremony, whether it be on Flag Day, Memorial Day, July 4th, Veterans Day, or at a military funeral, the 13 meanings can create an uplifting experience.

This is what the 13 folds mean: