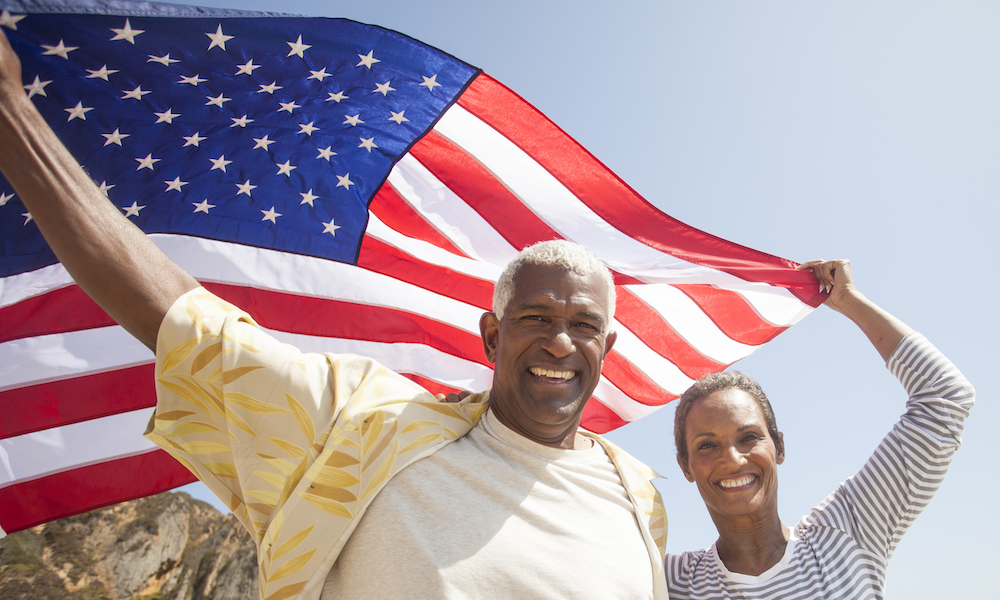 The White House
Office of the Press Secretary
For Immediate Release – June 10, 2016

Two hundred and forty years ago, a small band of patriots declared independence, proclaiming in one voice that we are free to determine our own destiny and carry out the work of self-governance. Driven by their unyielding spirit and drawing inspiration from the Stars and Stripes, a string of 13 Colonies later expanded to become a united 50 States. Throughout our history, the American flag has steadfastly served as an emblem of this great experiment in democracy. On Flag Day and during National Flag Week, we pledge our allegiance to the banner that has served as a guiding symbol on our Nation’s journey, and we celebrate the hope it inspires in the American people.

With hands over hearts, Americans of all backgrounds and beliefs have long saluted Old Glory and honored its legacy. Our flag persists as a powerful representation of freedom and opportunity. Waving high above capitol buildings and courthouses, military bases and embassies across the globe, and on the distant surface of the moon, it calls on each of us to remember our obligations to the Republic for which it stands and to carry
forward the unwavering optimism that defines us. America endures because of the courage of servicemen and women who serve under this standard, and our veterans are forever draped in the red, white, and blue when they are laid to rest. Wherever the flag lies or flies, its message is clear: We rise and fall together, as one Nation and one people.

The American flag invokes pride in our citizens and hope in those who come to our shores in search of a brighter tomorrow. In recognition of the ways it has embodied our ideals and sustained our Nation, let us pay tribute to the Star Spangled Banner and continue striving to create a more perfect and indivisible Union — with liberty and justice for all.

To commemorate the adoption of our flag, the Congress, by joint resolution approved August 3, 1949, as amended (63 Stat. 492), designated June 14 of each year as “Flag Day” and requested that the President issue an annual proclamation calling for its observance and for the display of the flag of the United States on all Federal Government buildings. The Congress also requested, by joint resolution approved June 9, 1966, as amended (80 Stat. 194), that the President annually issue a proclamation designating the week in which June 14 occurs as “National Flag Week” and call upon citizens of the United States to display the flag during that week.

NOW, THEREFORE, I, BARACK OBAMA, President of the United States of America, do hereby proclaim June 14, 2016, as Flag Day and the week beginning June 12, 2016, as National Flag Week. I direct the appropriate officials to display the flag on all Federal Government buildings during that week, and I urge all Americans to observe Flag Day and National Flag Week by displaying the flag. I also call upon the people of the United States to observe with pride and all due ceremony those days from Flag Day through Independence Day, also set aside by the Congress (89 Stat. 211), as a time to honor America, to celebrate our heritage in public gatherings and activities, and to publicly recite the Pledge of Allegiance to the Flag of the United States of America.

IN WITNESS WHEREOF, I have hereunto set my hand this tenth day of June, in the year of our Lord two thousand sixteen, and of the Independence of the United States of America the two hundred and fortieth.