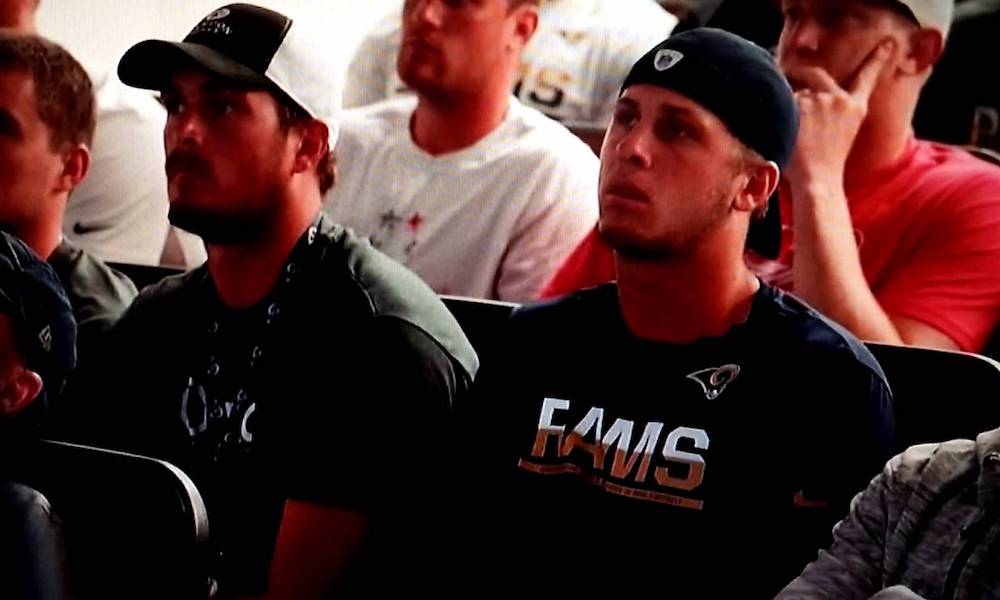 Jeff Fisher, the coach for the Los Angels Rams struck a chord with viewers this season on the HBO series Hard Knocks—show is a behind-the-scenes glimpse into the training of NFL teams during the summer months—when he gave a speech about the what the National Anthem means to him and why it is important.

In Fisher’s presentation to the team, he talks about the level of respect that is given when the National Anthem is played and how it is important to honor our country as a team. He says that it is not only a sign of respect for our nation, but ourselves and the other players.