American Flag Terminology You Should Know 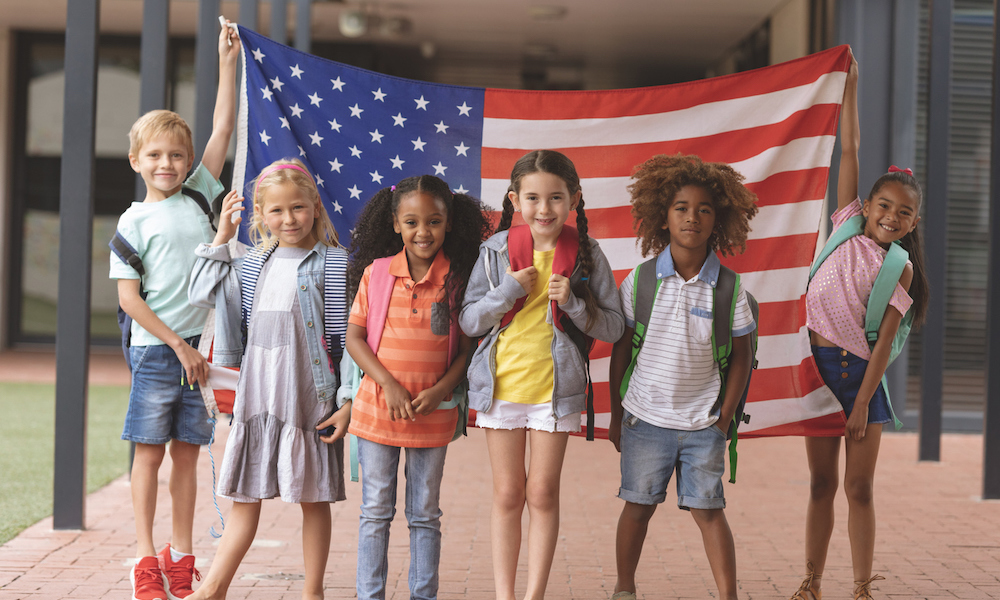 Everyone in the country is familiar with the American Flag. Yet, many don’t know how much goes behind the maintenance and observance of the flag. From terms for the flag to action taken with the flag, there is no shortage of words used especially in connection with our nation’s most recognizable symbol.

There are a plethora of terms and definitions that are unique to the flag and all Americans should know. Here are some of the most prominent.

The canton is the blue square or rectangular area on the flag that holds the 50 stars. It is located in the upper left corner (the hoist side).

A 5 foot x 9.5 foot United States flag used in military funeral services. The flag is typically laid across the coffin of the fallen soldier during the ceremony, then given to the family as a token of respect.

In a military service, a flag carried by fellow soldiers is called a “color.” The expression “the colors” is generally referring to the flag.

This is when a flag is lowered during a salute. The American Flag is never dipped, but other governmental bodies flags will be dipped while the American Flag stays upright.

When the flag is flying upside down or the wind knots it up so it cannot fly freely. The flag should only be flown upside down when there is extreme danger to life or property.

The backdrop color to a flag.

The side of the flag that is free flying, usually when the wind picks up.

This is a nautical term that indicates the position of flag as approximately halfway up a ship’s mast. It can also be known as Half-staff. It is usually done as a sign of respect or mourning.

The rope that is used to hoist the flag on a flagpole.

The heading of a flag is the material used to secure the flag to the flagpole halyard line. It is usually heavy and made of some form of durable cotton or synthetic material. It is important so flags do not rip away during heavy winds or rains.

Hoist can mean multiple things when it comes to the flag, depending on how you’re using it. If used as a verb, hoisting the flag means to raise or lower it on a pole. If used as a identifier, the hoist is the vertical height of the flag and the side of the flag that is used to attach it to the pole.

The act of taking the flag down from the pole.

The highest point at which a flag can be raised.

The flagpole itself. On a ship it may be referred to as a mast.

The smallest American Flag that should be flown only at Army posts during stormy weather, measuring 5 feet by 9.5 feet.

This Whitney Smith-coined term means someone that studies flags, their history, meanings and symbolisms. Essentially, a flag buff.